The search for realistic sculpture is a fact in the history of humanity. Since the prehistoric times we have tried to capture that realism either of the human figure or in the realistic animal sculptures, the print of a hand or hunters hunting animals that we see in many caves to this day stand a testimony to those attempts.

Do you feel the same?

Do you feel the same?

A moment of reality

Waiting for the next trip

The power of a hug

The Future Is Technological

The Power of the Word 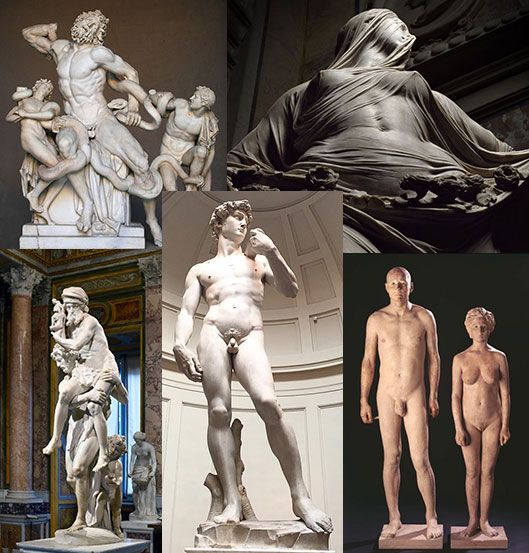 A substantial advance in the realism of sculpture occurred in classical Greece. The Greeks began to capture the movement and the real volumes, from the praxitelian curve of Praxiteles or the famous Laocoon and his sons (Sculpture by Agesander of Rhodes), where the movement gives us an incredible realism of the human body, to the Aphrodite of Cnidus. 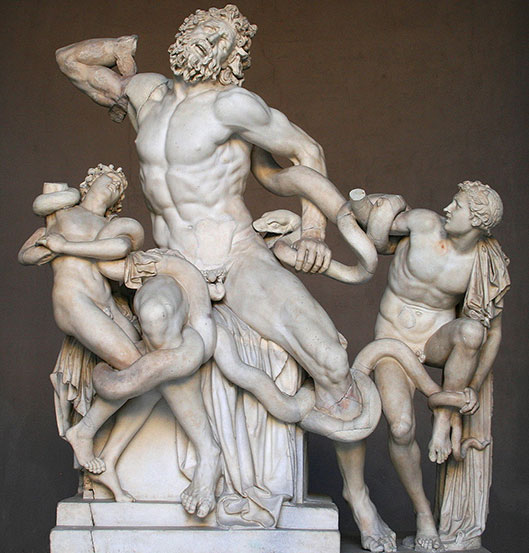 During the Roman Empire, the realistic movement in sculpture was continued and based on many Greek works, however, the Romans added to the variety realistic sculptures of military equestrian theme.

In the seventeenth and eighteenth centuries we return to recognize a realism within the style of romanticism, authors like Gian Lorenzo Bernini and Michelangelo impregnate a sculptural realism in their works, for very different reasons, be they religious, epic or romantic. A good example of that are The Apollo and Daphne or the Rape of Proserpina and among artworks of Michelangelo the Davidor the Pieta (Basilica of Saint Peter). Sculptures of faces, bodies and hands of couples convey to us a realistic figurative sculpture. 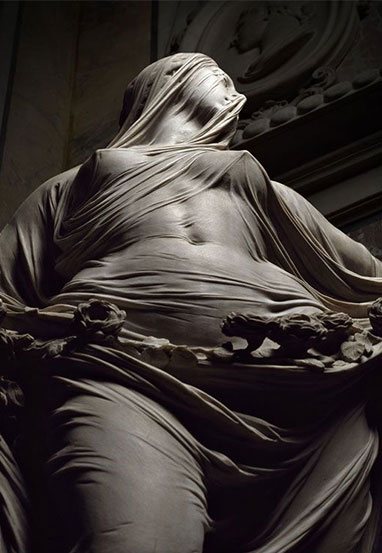 In the eighteenth century, French realism ends with a classic evolution of realism. Good example thereof is Giovanni Strazza.

The nineteenth and twentieth centuries witness the emergence of a more current realism, adding veracity and imperfection to the realism. Antonio López who is giving a magical realism to his sculptures, may serve as a good example thereto. Another good example is a man and woman (Museo Reina Sofia) which can be enjoyed with or without a guided tour.

There are works that are in the Vatican museum, like some that we mentioned previously, as well as others that also stand out, such as Apollo sauróctonos, Eneas Anquises and Ascanio. 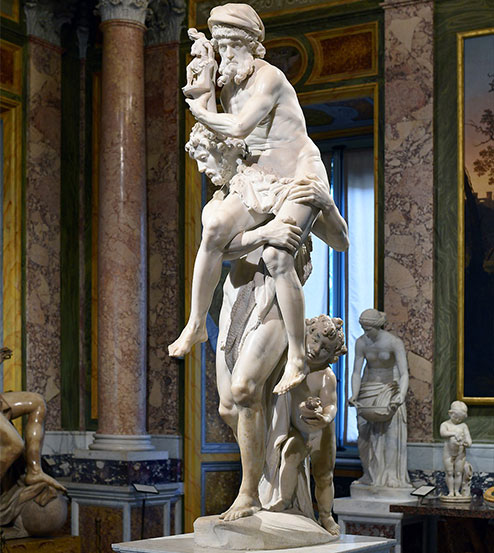 As the writer Émile Zola said:

"The observer and the experimenter are the only ones who work in the strength and happiness of man, in returning little by little the lordship of nature. There is no nobility, dignity, beauty or morality if one pretends, one lies, pretends that we are something more than an increase in error and confusion, that is why the only great and moral works are the works of truth.”

Given that the realism or sculpture of realism originates from the ancient times divided into different levels and styles to carry it out. Our ancestors tried to reflect on the walls of caverns the realism of the hunt, although their works were more schematic than ours were.

Posterior to the Greek era of realism, as well as the Mesopotamian, Asian, Egyptian and pre-Columbian cultures represented animals and / or people, adding over time new forms of representation under the artist's vision.

The Roman Empire created its works based on everything learned from previous cultures, mainly Greek. They focused on realistic sculptures, with a format that could be classified as classic. Having continuity throughout the following centuries, replicating itself in all the areas controlled by the empire with its famous Roman copy.

The realistic sculptures had met their end in the medieval era. This time prioritized religious and representative aspects and put emphasis on simpler and more expressive forms.

In Germany, german romanticism made realistic painting clearly defined, being labeled as French in the second half of the nineteenth century in full cultural movement.

In times closer to the contemporary, realism along with realism categorized is achieved in form of hyperrealism. It is as far from abstract art as possible, this last type of realism, and tries to capture the maximum reality and detail to be represented within the work, transmitting a feeling of expressiveness, which stands out above the rest.

"Realistic sculptures showing us people in everyday moments, as if they were trapped in a second of their lives".

In the Buysculpture art gallery we have a wide variety of realistic sculptures. Also, you can enjoy some realistic artists, such as Martin Duque and Miguel Guia, with their very representative works. These works are mostly inspired by the magical realism of the Spanish Antonio López, of whom Martín Duque was a student.