When we talk of the Pop Art, the icon Andy Warhol quickly comes to mind. His is undoubtedly one of the most prominent figures in the pop art universe.

In addition to Warhol, later to the twentieth century, at the present, such referential names as Jeff Koons and his sculpture "Balloon Dog" also reminds us of this Pop Art style with its metallic balloon sculptures.

In the last decade, with total immersion into the consumer society, international artists like Damien Hirst have emerged, and they have also provoked controversy with works such as "the physical impossibility of death in the mind of something alive", the cover of the book "The $12 Million Stuffed Shark” in which the most crude part of the art world is described and we from the art gallery, we recommend reading it. 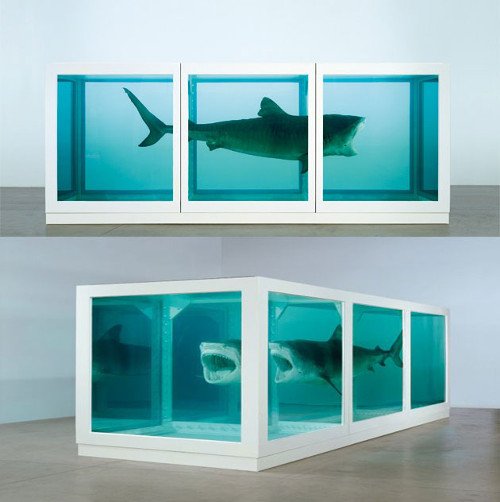 What some people do not know when buying pop art is that it is just a beginning: a group of artists known as the "independent group" met at the Institute of Contemporary Arts in the United Kingdom in the mid-1950s and later, at end of the 50 in the United States.

The Pop Art was raised as an artistic movement that challenged the established and assumed as "the everyday" in the context of the art of the era. Part of its essence, was the inclusion of images of popular culture, such as advertising and commercials, thus changing the focus of art. In addition, people who wanted to buy Pop Art, understood that far from the "noble materials" such as wood or bronze, was replaced by less appreciated materials, and combined with everyday objects, thus generating new possibilities for pop art sculpture, which would evolve to what we know today.

This group, in addition to artists, included architects, writers and art critics who wanted to challenge the modernist approach to the culture that prevailed at that time.

At this time, the artist Robert Rauschenberg, and outstanding painter from the United States, played an important role during the transition from Abstract Expressionism to Pop Art, being one of the main representatives of this movement in his country.

In the field of painting, in pop art paintings, the popularization of screen printing, a method also used by the artist Banksy at present, contributed to the success of Pop Art.

Roy Lichtenstein, one of the pioneers who showed preference for these new methods. Making use of these techniques, which originally were used exclusively in the industrial world, he desacralized the contemporary painting reverting the value of each work of art, because it would not be measured by its rarity or context.

The Japanese artist born in 1929, Yayoi Kusama, has a great variety of media with which she creates her work: painting, collage, sculpture, performance art and installations. Also demonstrating a great concern and interest in psychedelia, repetition and patterns.

Keith Haring social activist and well-known artist, reflects perfectly and manages to transmit the pop generation into street culture. In particular, he manages to be an icon in the New York of the 80s. His favorite themes throughout his life and work are: Birth, death, love, sex and war.

Undoubtedly, one of his best-known works is his dog, represented in the work "Icons II" or "Red Dog".

At BuySculpture, we bring the Pop Art sculptures directly from the artist to your home.

We work directly with each of the artist, to facilitate the acquisition of his work, to any collector who so wishes. In the art gallery, we work with limited editions, each coming with its certificate of originality signed by the author.

Buy Pop Art sculpture, in different finishes, that you can enjoy in your home or get as a great gift.

On many occasions, interior designers acquire different pieces of contemporary art, to include in their decorations of houses, hotels, offices, restaurants, offices, and all kinds of entertainment and / or entertainment businesses with our Pop Art sculptures.