The impressionist sculpture is born between 19th and 20th centuries as a reference to the same style of Auguste Rodin a french impressionist, and one of his most famous works, the Thinker, is a faithful representative of the strength of the impressionist style, being part of his great work the Gates of Hell inspired by the Dante’s Divine Comedy.

At the same time the pictorial impressionism is born. Here Manet, Monet etc. may serve to your reference.

Then came the post-impressionism, artists who brought the artistic currents to another dimension and style, artists alike Edgar Degas, both in sculpture with his famous ballet dancer, and his painting reflecting that evolution. 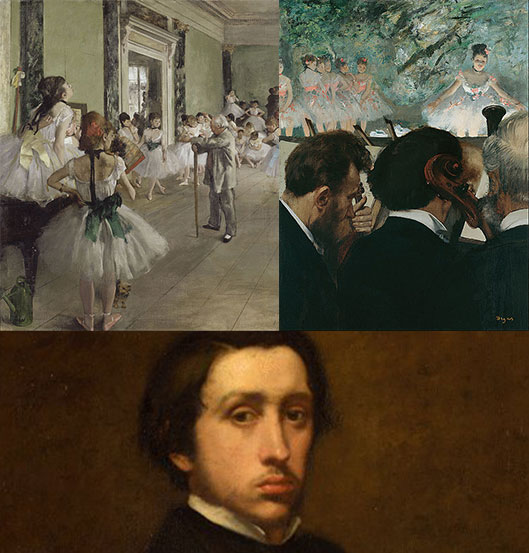 Finally, Alberto Giacometti well into the 20th century, brings the style to its height, reproductions of Giacometti’s sculptures such as the walking man, mark entrance into a new path within the impressionism. 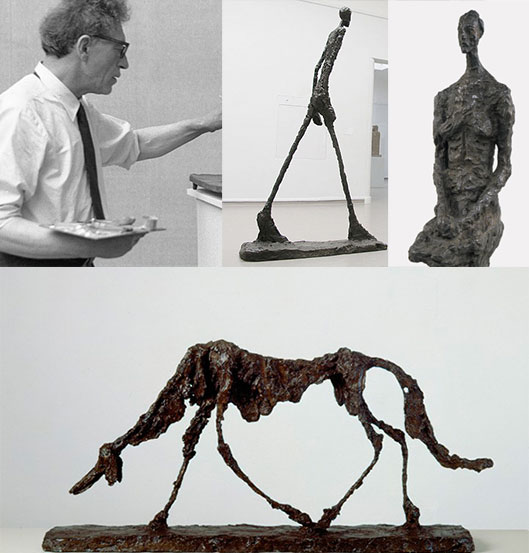 The term impressionism, alike the term Cubism, was coined by a disparaging comment of the French critic Louis Leroy, where the French Impressionist sculpture starts, when contemplating a painting by one of the first Impressionists Claude Monet (Impression, rising sun).

Impressionism is nothing more than painting or modeling without trying to obtain the perfect finish Victor Hugo did. Looking at the reality, we can transmit it to a painting or to a sculpture with all the possible force, where reality is guessed or intuited by seeing the style of Carrier Belleuse or taking a walk through the school of fine arts. 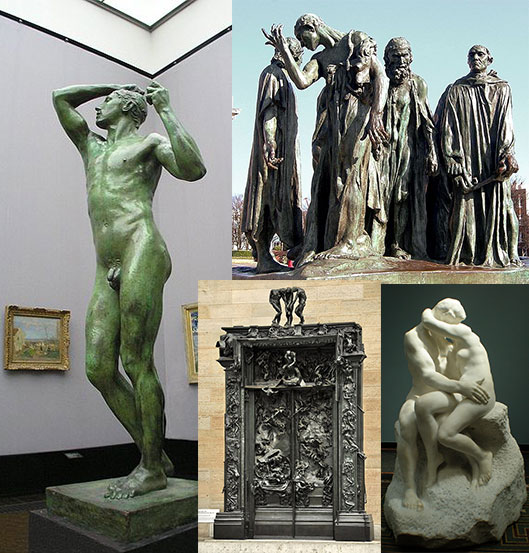 In Impressionist sculpture we see fresh forms expressed with a chisel strokes or strokes in the mud. Through this, we try to achieve a reality very different from the established one. This force often makes us contemplate a work, with much more realism than a realistic or classic like those of Michelangelo. The strength of the unfinished sometimes deceives us, because that unfinished is false if we look at the work at large.

Auguste Rodin is a leader in impressionist sculpture. His works both in marble and in clay, have an incredible strength, that they transmit very well in the museum of decorative arts. Any impressionist sculpture of his without being completely finished, have a magical realism and above all a lot of sculptural strength.

Another great representative thereof is Henri de Toulouse Lautrec. With four strokes on the canvas, his paintings achieve that impressionistic realism that is so sought after by those who start in this style. No one is unmoved by the contemplation of a painting of this artist, its strength and drama is overwhelming while captivating the broken air around it, as seen in his work White Horse 'Gazelle'.

Eugène Henri Paul Gauguin was a post-impressionist painter who gained recognition after dying. Due to his experimental use of color in the synthetist style, he managed to stand out against Impressionism. His work stood as an example and influenced avant-garde artists in France and other outstanding artists such as Pablo Picasso or Matisse.

Gauguin's art became popular after his death, due to the impetus of the art dealer Ambroise Vollard, who organized exhibitions of the work of this artist practically at the end of his career in Paris, at the time many of the works were in the possession of the Russian collector Sergei Shchukin.

Gauguin was a relevant artist of symbolism, participating it within his pictorial and literary art, as well as sculptural, through engravings and ceramics. His experimentation with color led him to have solid foundations to develop the synthetist style of modern art. His expression of the meaning of the themes in his painting, clearly influenced by the cloisonnism, was what prepared the ground for the arrival of primitivism and the return to the pastoral style, in which nature and landscapes are captured.

His work greatly influenced the use of techniques such as engraving in wood and woodcut in the execution of works of art.

French artists like Georges Seurat, a Parisian by birth who, despite his humble work as a policeman, after saving and being able to live off rents, developed as an artist.

Louis Lamothe, a French academic artist born in Lyon in 1822, is remembered as the main teacher of several renowned artists such as Edgar Degas, Elie Delaunay, Henry Lerolle, Henri Regnault and James Tissot.

Lamothe received classes from Jean Auguste Dominique Ingres and Jean-Hippolyte Flandrin. Jean Sutherland Boggs, the historian of the art world, describes him as a painter of pious Christian tradition, with very correct manners and bourgeois behavior. He even painted portraits with which he helped decorate the church of San-Martin-d'Ainay in 1855.

In our Buysculpture art gallery, authors such as Miguel Guía, Lorenzo Quinn and Martín Duque, navigate in the impressionist sculpture. All of them offer works of great quality and prestige, which convey the same strength as those of the ancient impressionists as would write Honoré de Balzac.